Following this run of championships, he retired from tethered car racing going initially into the growing sport of karting and then into Formula 2 car racing. His love of speed extended to him being a regular competitor on the Cresta Run in St Moritz.   At the 2013 European Championships in Basel we were delighted to meet up with him and enjoy his reminiscences from the 1950s. Once he realised our interest, he showed us his superbly annotated photo albums from the period and allowed us to photograph the contents, a series of unique images from his career. 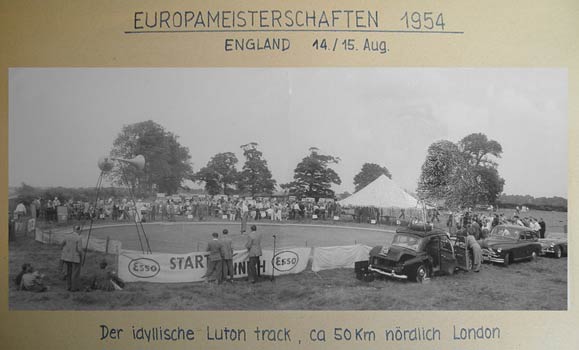