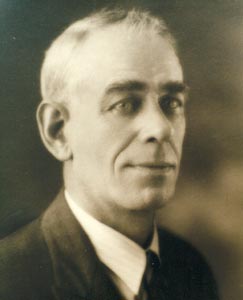 Although tethered hydroplane racing as we now know it started with Herbert Teague in 1908, Model Engineer magazine had been running an annual competition for model speedboats since 1902. Initially called the ‘Steamer’ competition, reflecting the nature of the entries, it was later renamed the ‘Model Engineer Speedboat Competition’. This would always be a postal event as the first organised model speedboat regatta did not take place until July 1908, when Model Engineer organised an event at Wembley. In the 1902 competition, all nine entries were steamboats, with the fastest speed being 5mph. The internal combustion engine was still in its infancy, yet 5 years later would hold the outright speed record for model boats. The leading exponents of this new form of power were the Arkell brothers with their ‘Moraima’ series of boats who went on to win the ‘Unlimited’ class at the inaugural speedboat regatta at 9.26mph. F.N. Sharp who was Second in the Wembley event with ‘Varuna’ and W.J. Smith, third with his boat ‘Belvedere’. Both Sharp and Smith would go on to develop and then sell their engines commercially, yet Smith holds something of a unique distinction in that he was known from 1908 on as ‘Belvedere’ Smith, after his boat.

Smith was certainly a pioneer in the use of small internal combustion engines in models and members of the Victoria Model Steamboat Club would use his motors to good effect for many years to come. Unlike Sharp, whose involvement with tethered hydroplanes continued into the 30s, Smith effectively vanished from the scene just before the First War. A chance find on eBay and an email from across the Atlantic determined us to discover more about ‘Belvedere’ Smith and his involvement with model engines and boats.

William Joseph Smith was born in Bethnal Green in East London on 10th March 1878, to Sidney Smith of Holborn and his wife Sarah, originally from Stroud in Gloucestershire. William was the eldest of 6, with two brothers, Herbert and John, and three sisters, Rose, Florence and Peace. By 1891, the family had moved from Cambridge Road in Bethnal Green to Harvist Mews, just off the Hornsey Road in Islington. The Mews was a small area of stables and carriage sheds with accommodation above belonging to properties in Harvist Road. The Smith family lived at number 10. Sidney Smith was a carpenter and joiner by trade, yet the first evidence we have of William at work is as a ‘carman’, which meant at that time, that he was driving a horse drawn van or cart of some sort. As would be expected living in a mews, many of William’s neighbours were also carmen, coach drivers and grooms.

The years around the turn of the 20th Century were somewhat turbulent for both Britain and the Smith family. Sydney died in 1900, aged just 48, Sarah and the children moved up to the top end of the Hornsey Road to live at number 384, along with Alfred Sale, a grocer and cheesemonger. William had followed in his father’s footsteps by becoming a carpenter as well, but would soon find himself fighting against the Boers in South Africa. He had joined the 2nd Tower Hamlets Royal Engineer Reserve and was called up on 24th January 1900. By the 10th March, he was serving in South Africa as a sapper with the Royal Engineers. After his years engagement he was shipped home and discharged on 29th April 1901.

There is no definitive evidence of who first used a small internal combustion engine in a model boat as development seemed to be running in parallel in several places, both by amateur enthusiasts and commercial firms. Certainly the Arkell brothers had Moirama up to around 8mph for the 1906 ME competition. Their single cylinder four-stroke was a massive 51cc capacity, lying horizontally in the hull, driving two propellors through a complex system of gears. Almost every competitor used the horizontal layout, as the motors were tall and very heavy, making vertical mounting undesirable. At this stage there was a clear divide becoming evident between those building functional boats for speed and those following a more scale route. From the design and layout of Smith’s boat, it was obvious he was in search of speed.

In his comments, Smith remarked that it was his first attempt at running on the circular course and that he had not yet found the right position for the tethering eye. He also concluded that the circle was too small to allow the very long boat to lift. Technical details included the bore and stroke of the engine both at 1 7/8thins, the prop diameter and pitch at 4in x 13 ½ins and that the hull was a ‘sharpie’ design, rather than a hydroplane.

The IC engine had been eclipsed as far as high-speed work in hydroplanes was concerned, but there were still a very large market for ready built motors or castings for straight running and scale boats, especially in London. Running model boats was exceedingly popular with clubs at Victoria, Forest Gate, Clapham and South London to name a few. Through his Belvedere Engineering Company at 441 Hornsey Road, Smith was soon selling a range of differing types and sizes of engine, not only for models, but home and industrials use, and in particular for home generation of electricity.

The advert above also offers model sparking plugs at 2/- (ten pence). In a Model Engineer article in 1923 Fred Westmoreland commenting on the lack of effective plugs for small engines said that " a very good little plug with mica insulation, used to be made by W J Smith of Belvedere model petrol motor fame. Unfortunately this type of plug is not now made."

An advert in December 1913 offers motor cycle and light car parts from S.H. Motor Works, also in Andover Yard, which does seem something of a coincidence given the earlier mention of 'Belvedere Works' selling motor cycle parts. This gives rise to the possibility that the production of motors was not his only interest, as in 1911 he had described himself as a Model Engineer, which would indicate a much wider range of activities and interests. Percival Marshall described him as "A stalwart supporter of the Victoria Club and a whole hearted enthusiast in model making who did yeoman service in stimulating interest in speed boat building." As further confirmation of his support for the Victoria Club in 1913 Smith donated one of his Belvedere petrol motors as a prize at the first ever Sunday meeting at the Park. The motor was won by a Mr G Scott with his boat 'QT'.

A regular customer of Smith’s was Ted Vanner from Lewisham, who used Belvedere castings to create one of the most successful and famous boats of all times ‘Leda III’. Leda was built in 1909 and steam powered, but an identical hull built in the same year was fitted with a horizontally mounted single cylinder ‘Belvedere’ motor in place of the steam plant.